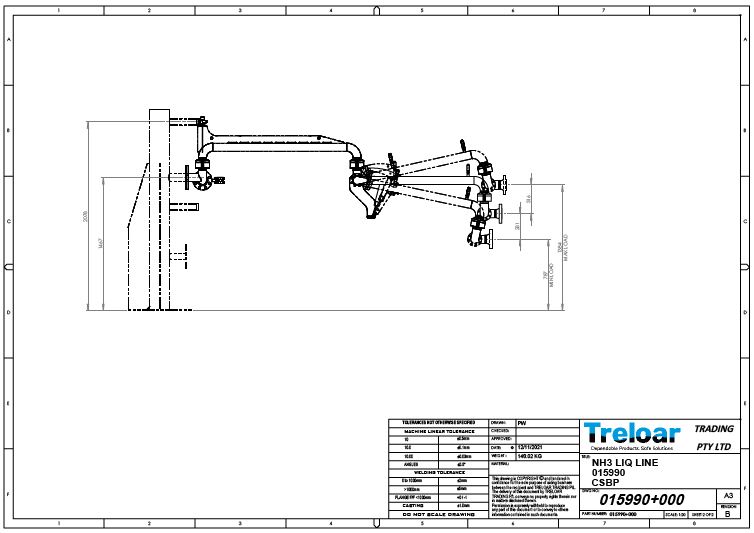 Wesfarmers-CSBP has been using a Treloar solution for their liquid ammonia transfer system since it was originally installed in 1998 when Treloar worked with an international supplier to deliver many cutting edge projects and introduce new technologies to Australia. In this case, it was for Ammonia transfer through loading arms which was not widely practised at the time.

Treloar assisted with the initial design and relied heavily on input from the international partner, and the first set of arms were built and installed, however, some problems were experienced with the swivel joints sealing performance not long into their use. All parties involved worked to find a solution but ultimately the issue could not be solved using the original swivel joints. Not willing to give up, Treloar invested in building new arms with their own design swivel joints which was the first step in the major evolution of the swivels. This new design was installed in 1999 and has been delivering an effective service since.

Earlier this year, Wesfarmers-CSBP approached Treloar for assistance with specifying spare emergency break-aways for the loading arms. This led to a wider discussion about the current installation and how it had performed over the past 20+ years. Overall, the customer had experienced some issues which had led them to change one of the original arms for an alternate brand, however, similar issues occurred. As such, they were actually considering the replacement of both arms.

After providing a solution for the emergency breakaways and supplying new products, we re-engaged the client in discussion regarding the loading arms and highlighted the fact that the Treloar swivel joints had significantly evolved over the past 20 years. This discussion outlined several options the client had for the purchase of the new arms and helped them to make their decision to proceed with the Treloar swivel. The client's decision was based on the benefits we offered, such as local knowledge and support, plus our ability to solve their problem in a suitable timeframe.

We have now completed the approval drawings and we are working with the client to make some minor changes prior to commencing the fabrication phase.

Stay tuned for updates on this project for Wesfarmers-CSBP. 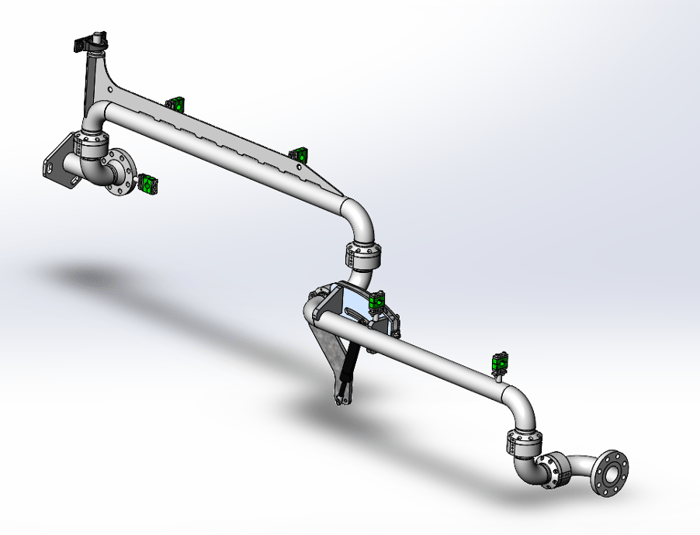